WILMINGTON — Aloysius Butler & Clark (AB&C), one of the oldest and largest marketing and advertising agencies in Delaware, has acquired a Philadelphia-area agency in a deal that dramatically expands its reach in the region. 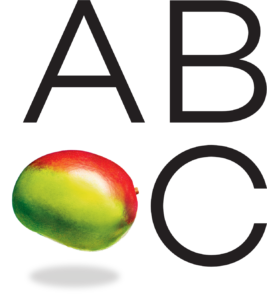 Mangos, a 45-year-old creative agency based in Conshohocken, Pa., just outside Philadelphia, has been bought by AB&C, a 51-year-old firm based in downtown Wilmington. The terms of the deal between the two independent firms were not disclosed, but Mangos will reportedly bring about $3 million in average annual revenue to the combined firm. It’s the first acquisition for AB&C since it bought rival Wilmington firm Caspari McCormick in 2019.

Over the past several years, annual growth at AB&C has been steady at an average rate of 10%, officials said. It projects continued, consistent growth post-merger, officials said.

Led by partners Bill and Bradley Gast, Mangos has been a widely respected boutique firm with a diverse client book, said Paul Pomeroy, one of four partners at AB&C who has been with the firm for 23 years.

The deal started from Pomeroy simply seeking to network with an industry colleague who he felt shared the same vision and values as him. As the two firms talked over the past few months, however, the conversation morphed into AB&C taking on the firm as the Gasts began thinking about the future.

“They wanted that strong Mangos brand to continue with a company that they knew were going to care about their clients and employees,” Pomeroy told Delaware Business Times, noting the Mangos partners would stay on but weren’t becoming partners in the combined firm.

“We are pleased to combine our talent and expertise with that of AB&C,” Bradley Gast said in a statement announcing the deal. “For the last year, we have been seeking to partner with an organization that would help us to expand our offerings, particularly in the areas of PR, social, research, digital and media services. AB&C not only satisfies that need, but through our combined resources, enables us to offer even more services and value to our clients.”

About 15 Mangos employees will transition to AB&C, which has about 100 employees between its Wilmington, Philadelphia and Bloomsburg, Pa., offices. The firm will retain its longtime Mangos branding as a subsidiary for now, but the firm may reassess combining the brands in the future, Pomeroy said.

Mangos brings a book of national and international clients, such as investment giant Vanguard, insurer FM Global, instrument maker Leica Microsystems, health system Trinity Health and chemical company Airgas. It has been recognized by a variety of awards programs in recent years for its campaigns for health care systems, higher education institutions and other businesses around the Philadelphia area.

“They really layer on top of what we already have a lot of expertise in, like business-to-business marketing, with national and international client base,” Pomeroy said, noting it was important to AB&C to find a complementary fit.

The acquisition between the firms is also unique in that the firms have remained independent over the decades. In Delaware, AB&C is the third largest marketing firm behind Bounteous, an international firm backed by private equity that acquired The Archer Group in 2020, and Trellist Marketing, which has a shared-employee profits model, according to DBT research.

“In an industry like ours that is so highly competitive, you have to always be thinking outside of the box about what’s next. So, moves like this that maintain our ability to be independent and to move at the speed of our clients, our market and our industry, keep us strong, now and into the future,” Pomeroy said.

To announce the deal, the agencies put their creativity on display, by dreaming up an announcement video by some notable regional and national celebrities. Utilizing the Cameo for Business service, it brought together musicians Kenny G and Lisa Loeb, comedians Cheri Oteri and Michael Rapaport, actors Jay Jackson, Kate Flannery and Sheryl Lee Ralph, and Philadelphia sports commentator Michael Barkann, among others, for a splashy ad.

“We were thinking through a lot of the sort of more traditional approaches to an announcement when the team just brainstormed this idea. It went from idea to implementation within a series of weeks,” Pomeroy said. “Being able to move at the speed of business is something that we pride ourselves in and we look forward to doing more of that kind of stuff.”