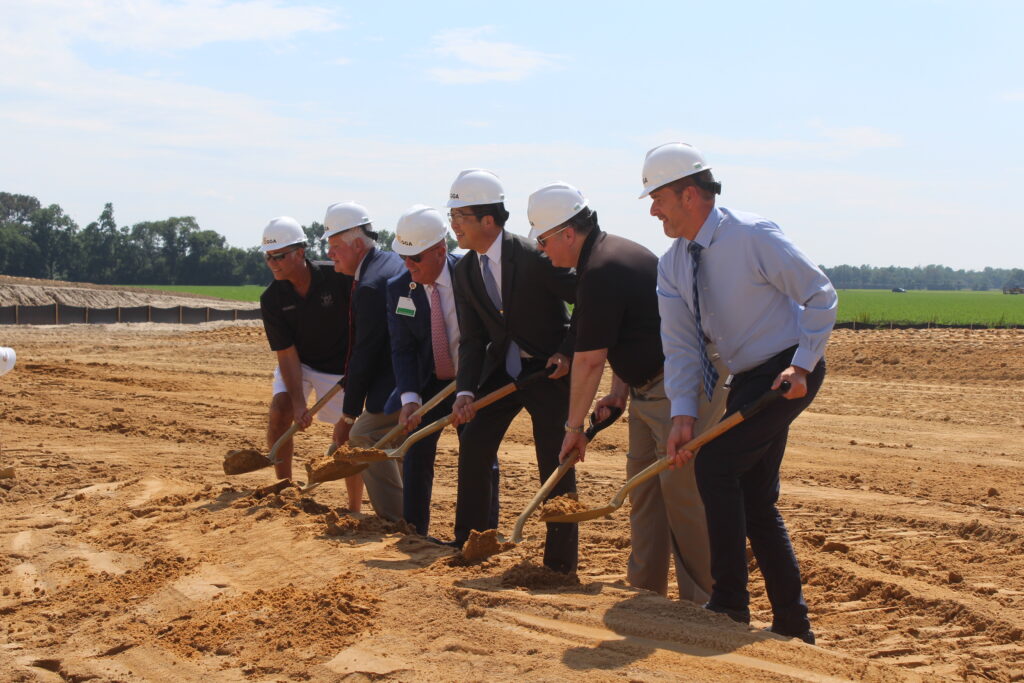 MILTON — Beebe Healthcare broke ground Tuesday on its highly anticipated medical office in Milton, which will be its second northern location in Sussex County added in the last past two years.

“A groundbreaking is just the first step in building a building. We’re changing a field of dirt into a comprehensive health care facility to serve the people of Sussex County,” Beebe Healthcare President and CEO David Tam said at the ceremony. “We are building something in Milton for our patients so they will be able to come here and get the care they need without going far.”

The $35 million Jerry Ann McLamb Medical Pavilion will be a 40,000-square-foot building that will provide primary care, walk-in care, laboratory and diagnostic imaging for the greater Milton area. The facility will be built 3 miles outside Milton town limits on Route 16, and is projected to open in 2023.

Beebe Healthcare has long targeted Milton for establishing primary care and other medical services in partnership with developer Phoenix RHCS Holdings. In 2020, Phoenix RHCS started the process to open a medical office in town but ultimately changed course to a new site. 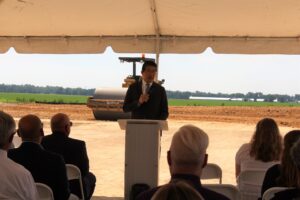 That also brought DiSabatino Construction onboard with the project, as it owns the 138-acre site. DiSabatino acquired the land in the mid 2000s, with the hopes of developing the land into a commercial and residential complex before the recession hit.

Phoenix RHCS Principal and Chief Financial Officer Chris Selzer confirmed there would be a second building on the site, making the Milton project a medical campus.

“We’re excited to move forward on this project and in this direction. We’re hearing from some clients that they’re interested in this location. It’s envisioned with two buildings with multiple tenants,” Selzer said.

The pavilion will be named after Selzer’s mother-in-law, who graduated from Beebe’s School of Nursing and was a dedicated nurse for 50 years. During her time at Beebe, the Milton native worked in the surgery, home health and population health departments, as well as various advisory boards.

“She probably would have been excited about this,”  Selzer said of McLamb, who died in 2018. “She knew how the community here needed this as a resource.”

At a time when Sussex County is growing, especially among retirees and senior citizens, health care systems have been heavily focused on investing in more of a presence in the county. Sussex County has a population of 272,266 people as of 2020, with a projected 24% increase in the next 30 years. Beebe Healthcare has already primary care offices in Milford, but it was recently announced it would be leasing space at the 10th St., Centre off Del. Route 1, which was built by Silcato Development.

“This will really move Beebe Healthcare into the next phase of health care, which is to provide services to patients, rather than having to go far — and it’s a long drive to Lewes,” Tam said. “You’re going to see more groundbreakings — and breaking barriers in video and telehealth and more, as we move health care into the future.”