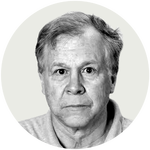 Keeping millions of customers in Ukraine supplied with electric power amid the Russian invasion is, to say the least, challenging. Especially when the electrical grid itself becomes a target.

“What we see now is that they attack transmission lines, substations, power generating stations,” said Maxim Timchenko, chief executive of DTEK, a large private Ukrainian energy company. In the early days of the war, he said, the Russian military seemed to be wary of wrecking critical civilian infrastructure.

Now, he said, “they are not selective anymore.”

In a video call from an undisclosed location in western Ukraine, Mr. Timchenko described how DTEK, which supplies about 20 percent of Ukraine’s electricity, and other Ukrainian utilities were scrambling to keep the lights on during the Russian onslaught.

Amid the urgency, Ukraine, which is not a member of the European Union, has also managed to achieve something in a matter of weeks that it had worked on for years: a linkup to the power grids of neighboring E.U. countries, including, according to Mr. Timchenko, Romania, Slovakia, Poland and Hungary.

“This will help Ukraine to keep their electricity system stable, homes warm and lights on during these dark times,” said Europe’s energy commissioner, Kadri Simson, in a statement. “In this area, Ukraine is now part of Europe,” she added.

In case of a major hit to its power system, Ukraine could now apply for emergency electricity supplies from the European system, Mr. Timchenko said. Ukraine also severed its electricity links to Russia and Belarus just before the invasion to establish independence from power sources in hostile countries.

When its transmission lines are damaged or severed, DTEK arranges for Ukrainian soldiers to escort its emergency repair crews, dressed in flak jackets, to reach affected sites. Mr. Timchenko said six of DTEK’s roughly 60,000 employees had been killed during the war, although not while performing duties for the company.

Overall, Mr. Timchenko said, Ukraine’s electricity operations were “relatively stable.” Keeping things that way, though, seems tenuous. The bulk of electricity for Ukraine’s households comes from four nuclear plants, and the one at Zaporizhzhia, Europe’s largest nuclear power station, is now occupied by Russian troops after coming under attack.

So far, he said, electric power consumption is down by around one-third from before the invasion on Feb. 24. That’s because of a falloff in economic activity and damage that can’t be repaired in the short term in places like Mariupol, the city on the Black Sea coast that has been under heavy Russian bombardment, and Kharkiv, Ukraine’s second-largest city, which has also sustained major damage. Mr. Timchenko estimated that 1.3 million customers in Ukraine were, in effect, disconnected.

In Luhansk, one of DTEK’s eight conventional fossil fuel-burning power plants has been disconnected because of the invasion, and he is concerned about another unit that is near the Russian lines and could be cut off in the event of an advance. DTEK had also switched some generating units to natural gas when supplies of coal, which the company mines, were blocked.

Mr. Timchenko said only about one-third of the company’s 3.8 million customers were now paying their bills, although the banking system continues to function. He said the company — which is ultimately owned by Rinat Akhmetov, often described as Ukraine’s richest person — still had cash reserves. But he said the state-owned electricity operators badly needed an injection of international aid.