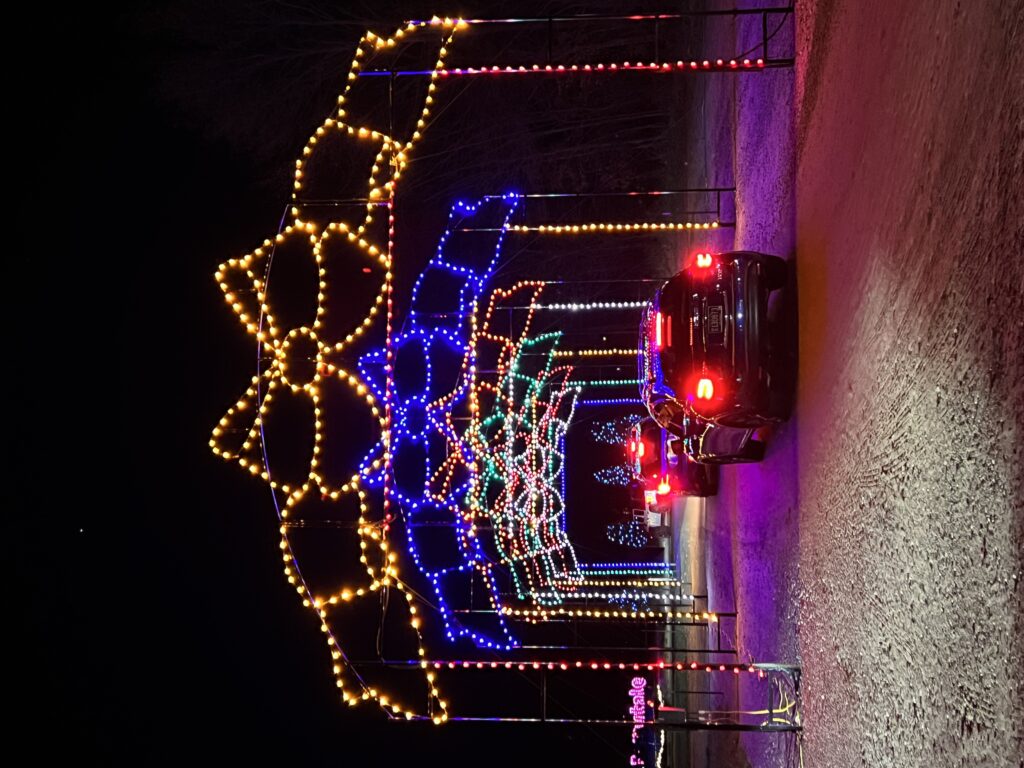 DOVER — Dover Motor Speedway is spreading the holiday spirit by offering its inaugural drive-thru light show at the Monster Mile, as a sign that the iconic venue may be branching out into other offerings in the future.

The “Gift of Lights” event, which started on Thanksgiving and ends on New Year’s Day, includes more than 3 million lights and 60 scenes along the 1.5 mile pathway through the Woodlands, the largest camping lot used during NASCAR and Firefly Music Festival.

“We’ve been considering doing this event for the community for the last few years, and once we joined Speedway Motorsports, it gave us an opportunity,” Dover Motor Speedway President and General Manager Mike Tatoian told the Delaware Business Times.

Dover Motor Speedway was acquired last year by Speedway Motorsports, one of the sport’s two biggest track owners and operators. Gift of Lights is produced by Winterland Inc., a holiday services firm in Indiana, which has produced the event at other Speedway venues like Texas Motor Speedway and others outside its network, like the Indianapolis Motor Speedway.

Terms of the contract were not disclosed, but Tatotian said that Gift of Lights has a “bright future” ahead when asked for return events.

“Facilities like ours are more than just a motorsports venue. Firefly has proven that as well as so many other large venues like ours across the country,” he added. “We are truly a multi-purpose venue with the ability to hold non-traditional events outside of motorsports. I am certain the community will start to see this continue at the Monster Mile.”

Dover Motor Speedway has been in flux over the last decade. The racetrack has been hosting races since 1969, and two race weekends a year since 1971, but 2021 marked a change: it moved its fall race to the Nashville Superspeedway, its other racetrack.

The Firefly Music Festival also helped raise Dover International Speedway’s profile, as the years have counted thousands of festival attendees flocking to the Woodlands in the summer for four days of musical events. At its height, Firefly reportedly attracted around 90,000 people in 2015 — that year featured headliners like Paul McCarthey and The Killers. The festival has been canceled for 2023.

But for now, the Gift of Lights has been a popular attraction and has offered plenty of opportunities to partner with Delaware organizations throughout the holiday season. On Dec. 16 and 17, bonfires offer a s’more making station, with proceeds benefiting the Speedway Children’s Charities, while Fifer Orchards will be there to offer apple cider donuts and kettle corn. easySpeak spirits will also sell hot cocoa, spiked apple cider and other craft drinks.

Tatoian added that the event has helped collect 10,000 pounds of food for the Food Bank of Delaware. Another night, complimentary admission was offered for military, first responders and health care workers, through a sponsorship with the Delaware Lottery.

“Results have been terrific,” he added. “Car counts have been better than expected and reaction from our guests have been very positive.”

For more information and to book tickets, visit www.giftoflightsdover.com