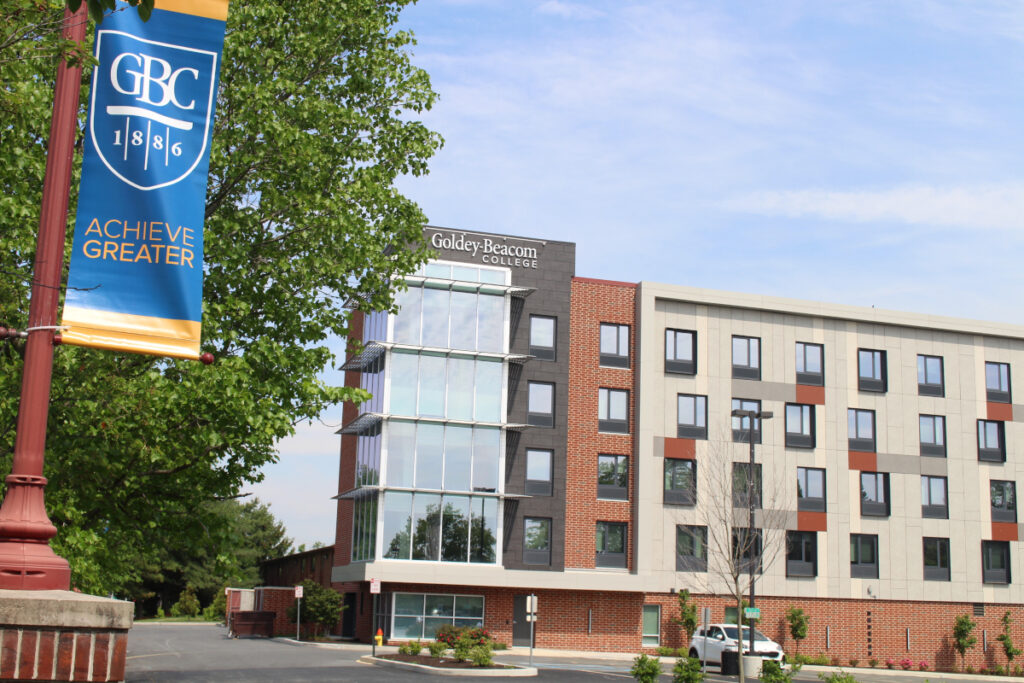 Goldey-Beacom College is one of three colleges in Delaware raising tuition rates this year. | DBT PHOTO BY JACOB OWENS

WILMINGTON — For the first time in its history, Goldey-Beacom College was included in the annual U.S. News & World Report Best Colleges list, falling between No. 137 and 175 in the Northern Regional Universities in the 2023 report.

The private college in the Pike Creek Valley was also named No. 55 in Top Performers on Social Mobility, tied with Albertus Magnus College, Geneva College and Regis College.

For decades, Goldey-Beacom College was listed as a “specialty school” by the Carnegie Classification, which eliminated it for consideration in the magazine’s high-profile annual list. The Carnegie Classification is the country’s leading framework for describing colleges and their research and educational group, as well as identifying groups of institutions to better gauge its impact. While the classification does not rank schools itself, the U.S. News & World Report does use it as a tool for making its list.

“To be recognized in three categories the very first time we appear in the rankings is a tremendous affirmation of the value of a GBC education,” Goldey-Beacom College President Colleen Perry Keith told the Delaware Business Times in an email. “We are, understandably, incredibly proud of the recognition we have received.”

The annual U.S. News & World Report college ranking report considers multiple factors for its rankings, based on a methodology cultivated from years of research. The report uses surveys and third-party sources to weigh academic reputation as well as graduation and retention rates. But other factors such as faculty resources, financial aid, alumni giving, graduate debt and social mobility are also considered.

Keith acknowledged that college rankings can be generally controversial – Columbia University was knocked out of its second place overall after questions were raised over its submitted data last year. But the Goldey-Beacom president pointed to the key factors the private college excelled in were something that were well-told in the institution’s story.

“There is a lot of controversy about rankings in general, and the U.S. News rankings in particular, but our three categories of note – least debt, top performer for social mobility and ethnic diversity – are based on real numbers and not rankings that can be disputed,” she said. “Our results speak for themselves, as was noticed by those involved in the rankings.”

In 2021, the college cut its tuition from $25,500 to $13,050. Years before, Goldey-Beacom heavily used scholarships to cut tuition by half – while that method has changed to the cut tuition rates of today. Earlier this month, Goldey-Beacom College was ranked in the 20% percent of economic mobility of colleges from Third Way, a Washington, D.C., think tank.

Looking to the future, Keith said the ranking will be another tool in the college’s marketing. Goldey-Beacom has 1,300 students, with a relatively flat enrollment, and graduate enrollment has struggled for the past few years.

“Getting noticed in the media as we have been will help amplify our messaging and – we hope – result in enrollment growth going forward,” Keith said. “Being noticed may open up more opportunities for the college, though the most important opportunity is that students and families will be able to see how well we stack up in comparison to our competitors.”