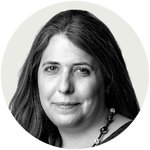 In its largest student loan forgiveness action ever, the Education Department said on Wednesday that it would wipe out $5.8 billion owed by 560,000 borrowers who attended Corinthian Colleges, one of the nation’s biggest for-profit college chains before it collapsed in 2015.

The debt cancellation will be automatic, meaning former Corinthian students will not have to apply to have their debts canceled. The Education Department will eliminate any remaining balance on the federal student loans of those who attended any Corinthian campus or online program during the chain’s 20-year existence.

“For far too long, Corinthian engaged in the wholesale financial exploitation of students, misleading them into taking on more and more debt to pay for promises they would never keep,” Education Secretary Miguel Cardona said.

President Biden faces intense pressure from student borrowers and progressive lawmakers to take executive action to broadly cancel federal student loan debts. Mr. Biden, who promised during his campaign to knock $10,000 off the loans of “everybody in this generation,” said in April that he was “considering dealing with some debt reduction,” but White House officials said no final decision had yet been made.

As an interim step, his administration has significantly expanded the government’s use of relief programs aimed at a variety of borrowers, including public service workers, those who are permanently disabled and people who were defrauded by colleges.

Borrowers and their advocates celebrated the Corinthian decision as a watershed moment.

“It’s really hard to overstate how transformative this is going to be for hundreds of thousands of people,” said Thomas Gokey, a founder of the Debt Collective, an activist group.

Corinthian became one of the most prominent examples of bad behavior in the often-troubled for-profit-college industry. Founded in 1995, the company acquired a string of schools nationwide and at its peak enrolled 110,000 students at more than 100 campuses.

But allegations of illegal recruiting tactics, shoddy educational programs, and false promises to students about their career prospects and potential future earnings shadowed the company for years, leading to a string of investigations and lawsuits by state and federal agencies. When Vice President Kamala Harris was the attorney general of California, she sued the chain in 2013 over what she called an “unconscionable” scheme “designed to rake in profits” by targeting vulnerable populations like low-income workers, single parents and military veterans.

As its enrollment plunged, Corinthian shut down its campuses and filed for bankruptcy, stranding tens of thousands of students who were pursuing degrees and certificates. That meltdown gave rise to a grass-roots backlash. A group of students who called themselves the Corinthian 15 started a debt strike and refused to pay their federal student loans.

They also uncovered an obscure clause in the law governing the loans: If borrowers were significantly misled by their school, they could ask the government to forgive their loans. Just as a bank appraises a house before it issues a mortgage, the Education Department is supposed to ensure that the programs it lets taxpayer-backed loans pay for are legitimate.

The Corinthian 15, backed by the Debt Collective, enlisted hundreds of students to flood the department with applications for loan relief through a program that became known as “borrower defense to repayment.” Tens of thousands of former Corinthian students eventually joined the action. In 2015, Arne Duncan, the education secretary at the time, announced that the government would wipe out their loans.

But the process dragged on, and by the time President Barack Obama left office, relatively few of the debts had been discharged. Betsy DeVos, who took over as education secretary under President Donald J. Trump, froze the program and tried to slash the relief offered to successful applicants.

Mr. Biden reversed those moves, and some 100,000 former Corinthian students have already had their loans fully forgiven. Wednesday’s action will extend the relief to hundreds of thousands more, who had not submitted borrower defense applications. And those who made payments on federally owned loans that are still outstanding will receive refunds for their past payments, Education Department officials said on Wednesday.

“This has been a long time coming,” said Nathan Hornes, a member of the Corinthian 15 who attended Everest College in Ontario, Calif.

Latonya Suggs, another participant in the original strike, said she had mixed feelings about the victory. “It took way too long,” she said. “I struggled for years dealing with this.”

Tens of thousands of borrowers at dozens of different schools are still waiting for decisions on their borrower defense claims, some of which were submitted six years ago. About 200,000 applicants — including 130,000 denied in the final year of the Trump administration — are part of a class-action lawsuit seeking relief.

“We’ll celebrate today and get back to work tomorrow,” said Eileen Connor, the director of the Project on Predatory Student Lending, which represents those borrowers in court.

Ms. Suggs is also looking ahead and plans to continue her activism for wide-scale student debt cancellation. “We weren’t just fighting for Corinthian. We’re fighting for everybody,” she said. “There’s one victory down and a lot more to go.”