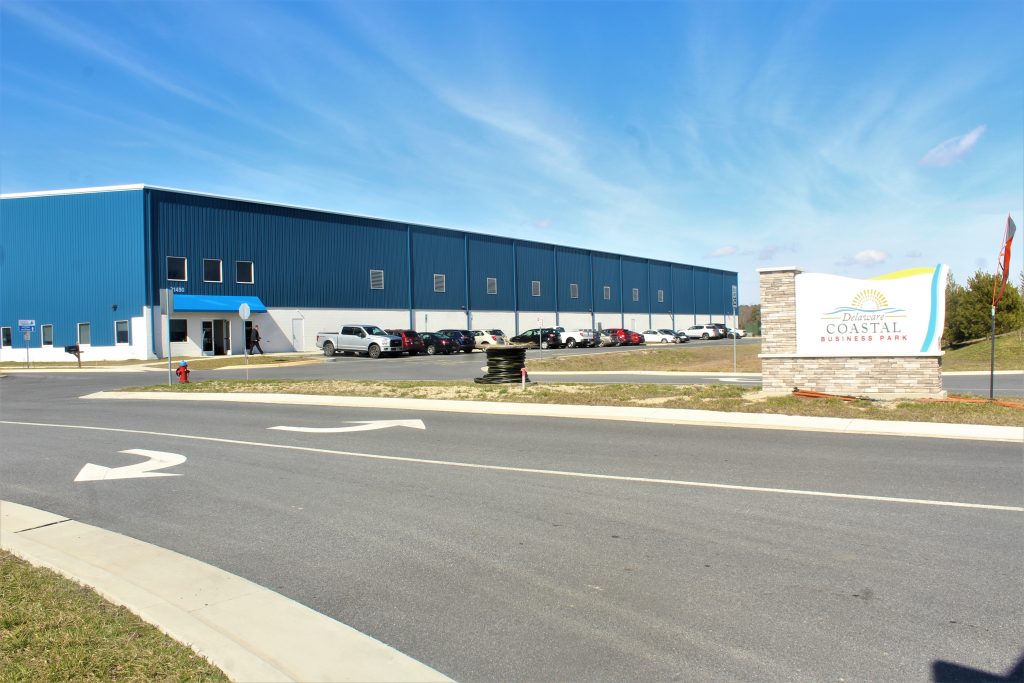 Delaware Coastal Business Park has kept one of its largest tenants and signed a new lease with a growing business. | DBT PHOTO BY KATIE TABELING

GEORGETOWN —  A longstanding poultry processing company has renewed its lease in the Delaware Coastal Business Park, and a growing home-good manufacturer has signed a deal to build a warehouse.

This week, the Sussex County Council approved two leases for the Eastern Shore Poultry Company Inc. and consumer goods manufacturer JennyGems. Eastern Shore Poultry has been in the Delaware Coastal Business Park for 30 years and renewed for another decade. In addition, JennyGems signed a lease to build a new facility on 3 acres of land.

Eastern Shore Poultry Company is a poultry processing plant that serves primarily as a skinning and deboning facility for mostly dark meat. First established in 1992, the company has roughly 240 employees, according to its manager Stephen Durham.

Rent paid to Sussex County in the first year is $10,590 and jumps to $21,180 the following year. Under the agreement, the base rent increases every five years based on calculations weighted by the Consumer Price Index, starting in 2027.

Eastern Shore Poultry Company sells its products to wholesalers or retailers, and it is the second largest employer in the Delaware Coastal Business Park, according to county records.

Meanwhile, JennyGems owners Jennifer and David McMillian inked a 30-year lease with the Delaware Coastal Business Park. As first reported by the Delaware Business Times, the warehouse will be a 15,000-square-foot structure geared for manufacturing and will have a small showroom.

JennyGems first started as a home business when Jennifer McMillian was laid off from MBNA in 2008 and tapped into her creative side for a new business. After years of online sales of homemade print signs, the company formally launched in 2015.

During the pandemic, JennyGems refocused on branding its products “Made in America.” Sales eventually boomed, with contracts with Walmart and other retail stores and an online presence on Etsy. JennyGems eventually closed out 2021 with a 10% increase in year-over-year sales.

Terms outlined in the lease show that JennyGems will pay an initial annual rent of $15,000 a year, which will be adjusted every five years per the Consumer Price Index.

JennyGems has 20 employees and expects to hire an unknown number of additional employees once its new operations are set up in the Coastal Business Park.