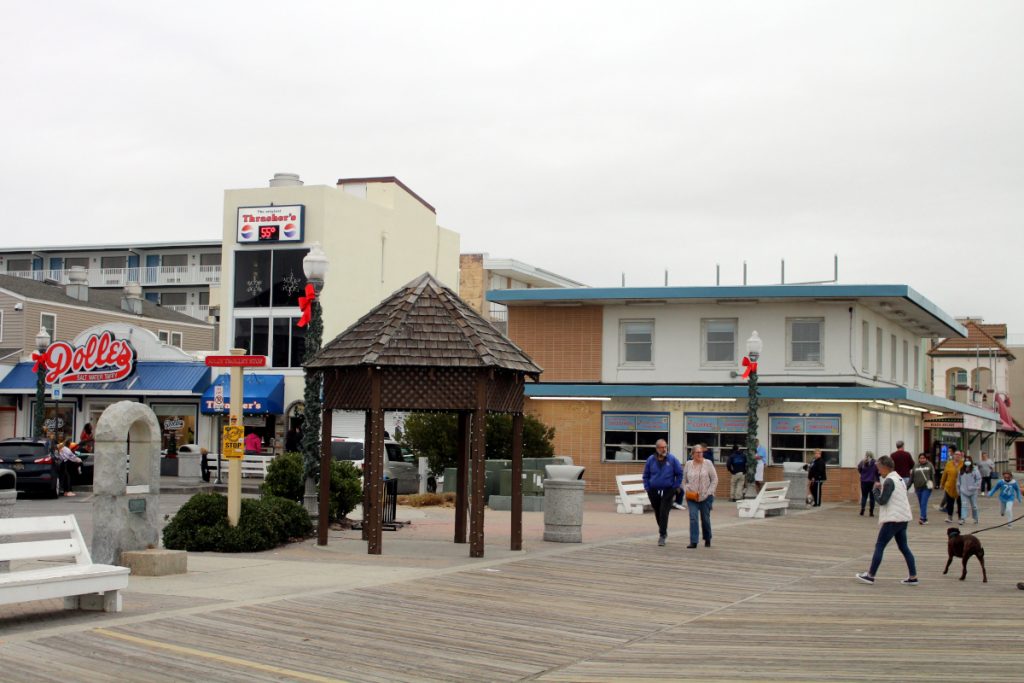 The iconic Dolle’s sign no longer overlooks its end of the Rehoboth Beach boardwalk. Rehoboth officials are considering boardwalk businesses and whether big events hurt them or help them.| DBT PHOTO BY JACOB OWENS

REHOBOTH BEACH – The Rehoboth Beach and Boardwalk Committee recently agreed to undertake a commercial activity study on city-wide events that  affect the boardwalk operations and businesses.

Chairman Jay Lagree said during the March 22 committee meeting that certain events that crowd up the boardwalk may hurt businesses on the boards and require a lot of city resources. While he recognized that these events are a boon for hotels, he wondered whether the city’s costs were sufficiently covered by the various permits and fees.

Moreover, Lagree suggested that listing the event dates on the proposed map would help both local businesses as well as visitors get a sense of the best days and times to visit the boardwalk. The city has a calendar of events and press releases usually are issued in the weeks preceding, but having them handy well in advance could help visitors and businesses plan accordingly.

The chamber of commerce has data on all city businesses, but there aren’t any standalone lists of boardwalk businesses. In collecting the data, the committee would be able to keep statistics such as hours, number of employees and dates of operation for boardwalk businesses specifically.

The Rehoboth Beach and Boardwalk Committee will also  investigate whether, and if, a standalone map of the boardwalk would be useful and practical to produce.

The annual Main Street Guide, which has been held up as a result of an international paper shortage, is just one of the many directional and informational print products produced for visitors, but there are none of the boardwalk specifically. Other maps also lack coordinated information that might be more specific to boardwalk visitors than to people renting homes for the week or the season.

Committee member Patrisha Davis suggested that a digital version might be better because it would be easier to update and change on the fly.

“I think for us to do a printed guide may not serve us well because I’m so afraid that the information is going to be different in different guides,” he said.

While the committee will consider that approach, Lagree said that people might be better served with something physical they could hold.

“People walk up to the kiosk and they want to know where everything is,” Lagree said. “People always ask, ‘Where’s Funland? Where are the bathrooms?’”

He suggested that a map could include those things as well as changing rooms, ADA-accessible beach entrances, foot washing stations and other city amenities.

Lagree produced several examples of printed materials the city already provides. One that he said was of particular interest was a bike map put out by the city. The map folded into a small square, making it pocket-sized but expensive to print.

After reviewing several of the examples Lagree provided, Menaker returned to his earlier concern about the number and availability of maps already printed.

“There’s not a shortage of information and maps out there,” he said. He went on to suggest that rather than print a separate document, the committee look into adding a boardwalk section to one of the maps already produced.

Given that the season is fast approaching, the committee hopes to spend the summer collecting data with an eye on making a final decision on whether to try producing a map for the upcoming season.