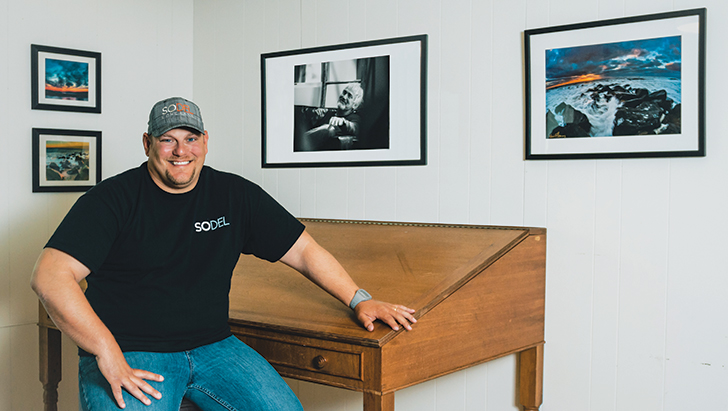 Scott Kammerer of SoDel Concepts announced that the popular bagel venture would head north to Milford this summer. | FILE PHOTO

MILFORD — Four months after hinting that SoDel Concepts would make Surf Bagel its first breakfast chain, Scott Kammerer revealed that the restaurant is heading to Milford.

This will mark Surf Bagel’s third location and SoDel’s 14th location — but it will also be both venture’s northernmost restaurant in all. It will be built at 204 N.E. Front St. in downtown Milford, with a projected opening at the end of this year.

“I love Milford and have always wanted to be a part of the community,” SoDel Concepts President Scott Kammerer said in a statement. “It is a growing area with incredible people. … As a coastal business, we appreciate Milford’s rich history as an important hub in Delaware. Its history, attractions, and communities have much to offer visitors and residents.”

Since opening in 2004, Surf Bagel has become a beach favorite for residents and visitors alike. Founded by brothers and avid surfers Dave and Tom Vitella, the venue is well known for its New York-style bagels, flavored cream cheeses, bagel sandwiches and other breakfast and lunch items.

Currently, Surf Bagel has two locations, one in Five Points in Lewes and the other in the Midway in Rehoboth Beach, and employs about 50 people. The Milford location will add another 45 employees, according to SoDel officials.

SoDel Concepts bought Surf Bagel in November 2021, and Kammerer told the Delaware Business Times at the time it made sense to branch into breakfast items.

SoDel restaurants are estimated to serve 100,000 people in a week, and Surf Bagel as it exists today would represent 5% of SoDel Concepts sales.

Construction on the Milford Surf Bagel is expected to start this summer.