Netflix lost the entire market capitalization of a State Bank of India in two days – $ 60 billion ! It has lost 66% of its value in 2022 having fallen to below $100 Bn now and is out of the top 100 US companies ranked by market cap.

Such  value destruction is quite fundamental and I do not believe the popular theories circulating capture the full import of such an erosion. These theories range from the obvious ones relating to stiff competition, inflation affecting demand, exit from Russia, etc to more nuanced ones like the books, though legally tenable, not quite reflecting the true cost of employee compensation, me too content creation and the inability to pass on its premium acquisition costs of content and scripts. Many have commented – too late – that the entire media industry could be up for grabs.

All these are fair assessments – the question though is why was this not discounted by the analyst community of such a highly followed stock ? One more example, if  indeed one was needed, of how poor the analysts are in predicting the future and how futile it is follow advice when they are generally always behind the curve. 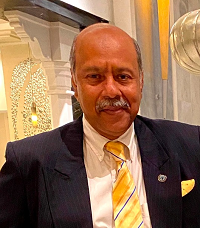 There are two aspects, though,  which have not yet appeared in the public domain, and which are, unsurprisingly, age old management plus leadership problems and not unique to the media industry or Netflix.

First, is to do with leadership of highly innovative and successful companies – technology companies in particular.  There is no doubt whatsoever that Netflix is an innovator par excellence and created an unique, tech enabled business model cum  eco system for streaming based on cloud enabled, micro services based architecture….this started in 2008 and was long before such technologies became a household name. From an engineering  perspective, its technical teams designed a marvel of a video streaming system with very high availability and global scalability –  resulting in 220 mln subscribers across more than 200 countries spending over 175 million hours of watching over 4000 films and 50,000 episodes daily and accounting for over 15% of global internet bandwidth capacity. By any means a glowing example of technology led disruption and creation of a scaleable, global business.

However, there have been similar innovators and market creators of the past decades, and which do not exist today, including the likes of DEC, General Motors, Polaroid and Kodak. There are many others across industries too.

The prime reason is that technology is replicable and most tech entrepreneurs are so much in love with themselves that a serious blind spot they consistently ignore – despite being made aware of it – is that technology provides the innovator only with a runway to garner customers, develop business models, strike alliances, improve customer service and implement scaleable processes to handle growth  –  and create lock ins. Once steady cash flows are assured through this runway, continuous innovation on both technology and business model determines its sustainability.

The second blind spot which highly successful entrepreneurs / CEOs ignore is that in the life cycle of such companies, which have created humongous value, the leadership skills, which have been successful in the past phase are not necessarily the oens required for the future – “letting go” to grow the company is as important as nurturing a company through the disruptive phase. Astute investors always look for such red herrings in management teams. Successful companies and their boards realize this, and those who can implement transitional changes succeed beyond the initial couple of decades of leadership provided by the runway. Great examples of such transitions are Microsoft and Apple – where both the iconic founders accepted the need to step away in the greater interest of the company.

Second, and this too is to do with leadership, is the fact that technology innovators like to believe in the perpetual success of their chosen path on business models – they continuously innovate on technology being their comfort zones but ignore – through sheer ignorance or hubris – the realities of the shifting landscape of business models. Netflix, like DEC, Caterpillar ( in its battle against Komatsu ), Xerox ( in its battle against Canon), PanAM, GE, GM, and many others refuse to recognize that all innovative offerings ultimately get commoditized – the extent varies by industry and by region. In India, for example, rapid commoditization is a feature of our markets which can be only ignored to one’s peril – we have seen  it across industries as varied as telecom, electronics, synthetic fibre, medical equipment, diagnostics, etc.

Whilst “value” will always be important, “relative value” assumes significance and must be realistically monitored for sustainability. It is difficult to command, in perpetuity, a premium of say more than 10% – 15% over competition.

Netflix has consistently ignored this reality and even today, at $ 16 – $ 20 pm subscription in the US is priced about 66% more than competition like Apple TV (at $5), Disney+ (at $8), Paramount+ (at $6), etc. The difference is even more stark in mass price sensitive countries like India. And when coupled with a spate of big money led competition of global large media houses, and loose capital being thrown at its created eco system, the results are pretty obvious.

Purely from a business model point of view too adjacencies are a compelling way of ensuring stickiness and growth. Amazon Prime video offers preferred deliveries for its ecommerce channel. for example, at $ 12 pm all inclusive, as does HBO Max which opens up its enviable content library for free and Disney throws in Pixair. Netflix has no such possibilities on the horizon and desperately needs alliances in this regard. Additionally, since content is king in this industry, Netflix faces strong competition in mass markets like India where the likes of DHS, Sony Liv, and others are churning out content more aligned to the domestic audience. Leveraging western shows in an environment where Netflix is not the only game in town, demands a staggering premium, and desperately needs scale in newer markets, is simply unsustainable and a poor business strategy.

Netflix still has all the core technology strengths it has built over the last decade and a half – post the 2008 transformation. Its usability is still perhaps the best. I am sure it recognizes, albeit belatedly, that business model and strategy changes are now an existential necessity. Fickle consumer preferences,  coupled with a declining global pandemic  leading to a reversion to out of home entertainment channels, should unequivocally disprove the thesis of OTTs driving a permanent change in consumer behavior. More concerningly, for the industry as a whole, streaming services are not the only form of digital entertainment sought after especially amongst Gen Z and millennial consumers most of whom prefer gaming or watching user created videos on Tik Tok and You Tube.

I am hopeful that Netflix will undergo its much needed strategic transformation using technology as one of its pillars – and not the only pillar. This will prevent it from going the way of a Kodak or a DEC in an world which is far more ambiguous, uncertain and complex.

The author is a Sloan Fellow of the London Business School, non executive director, and an advisor to chairmen, of corporate boards.

Disclaimer: The views expressed in the article above are those of the authors’ and do not necessarily represent or reflect the views of this publishing house. Unless otherwise noted, the author is writing in his/her personal capacity. They are not intended and should not be thought to represent official ideas, attitudes, or policies of any agency or institution.

Tags assigned to this article:

Purdue’s next big move: A new School of Business