WILMINGTON – For more than four decades, William “Bill” Farrell II has been a presence in the city’s banking scene as a foundation for Wilmington Trust, bridging the gap from the former state banking giant’s independent company to its current iteration under M&T Bank. 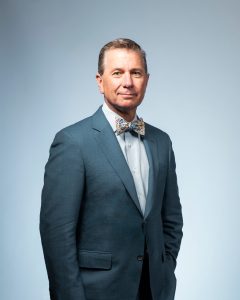 Come May, however, Farrell is preparing to settle into retirement, playing more golf and traveling, but not leaving the institutional services giant altogether. He will continue to serve on Wilmington Trust’s boards and expects to serve as a local liaison of sorts to local nonprofits and government officials along with M&T Delaware Market President Nick Lambrow.

“There’s never really an easy time to step away, but at some point in time you have to and I have plenty of interests,” Farrell told Delaware Business Times.

Farrell began his career with Wilmington Trust in 1976 as an accountant, and eventually worked his way into the executive ranks to oversee operations and technology. In 2005, he was given the opportunity to take over its Institutional Client Services (ICS), a role he has held for 17 years.

“I was always willing to take on something new within the company, and the company kept giving me opportunities,” he noted.

Farrell spent the bulk of his career at the bank founded in 1903 by T. Coleman du Pont that would grow to be a dominant force in Delaware banking, with its ubiquitous black-and-silver logo a part of the First State’s daily life.

“From my perspective, we were the bank for Delaware,” he said.

The Wilmington Trust brand took a hit following the Great Recession when troubled loans weren’t disclosed to investors and regulators. The consumer bank’s financial position weakened, and the loan losses stacked up, which led leaders to a 2010 merger agreement with M&T, based in Buffalo, N.Y. 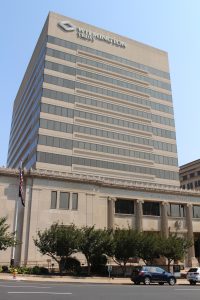 It was the late M&T CEO and Chairman Robert Wilmers who made the call that the Wilmington Trust name should be retained despite the troubling episode, said Farrell, who was part of the post-merger management team and was involved with the merger negotiations. Of the bank’s 23 acquisitions prior to Wilmington Trust, it had never retained an acquired brand.

“They knew that our brand was extremely strong. So, why would you throw away an asset like that? And so, they decided to ride it out with the name, which I think in the long run everyone believes was 100% the right thing to do,” he added.

“It was an adjustment. I’m not going to lie. It wasn’t easy seeing your company’s name sort of blasted in local papers,” Farrell said of the merger. “But the culture of M&T was inviting to us, and we were adding additional products and services that they really didn’t have.”

Under his tenure, Farrell helped grow the Wilmington Trust business from about $45 million in annual revenue to more than $500 million today. He credits that growth to attracting top talent, developing new products, and branching overseas.

“When we started, it was just a Delaware-based business. Today, we’re national and we’re in London, Dublin, Frankfurt and Paris,” he said. “We’re probably one of the five top institutional trust companies in the U.S.”

Farrell called the growth of the Wilmington Trust’s brand for services under M&T as one of the great undiscussed success stories for Delaware. He noted, for example, that the company is the largest owner-trustee of commercial airplanes in the world and that it has represented unsecured creditors in most of the Top 15 largest bankruptcies in history, including General Motors and Lehman Brothers. Wilmington Trust was also the trustee, investment manager and distribution agent for the $3.5 billion fund set up for states and Indian tribes in the wake of the Volkswagen diesel emissions scandal.

“We do a lot of stuff that probably flies under the radar, but it’s big, complex institutional trust stuff,” he said.

Wilmington Trust’s Institutional Client Services largely contains its corporate trust business, known as Global Capital Markets; a retirement practice centered on collective investment funds (CIFs) that pool pensions, 401(k)s and other funds; and an insurance practice. It also added overseas offices to broaden its client base to Europe – with the potential for a Milan office on the table.

“It’s very different running an international business than it is just a U.S. domestic business, but we are heads down. We’ve been able to pick up quality people in Europe from a bunch of our competitors that will help us continue to build that business,” Farrell said.

M&T is also working to open its first branch in the United Kingdom by the end of 2021 to service ICS clients, which would allow it to cut out a pass-through correspondent bank from the process and deepen its foreign investment, Farrell said. 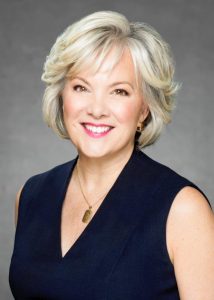 As Farrell winds down his career, he’s helping to prepare his successor Jennifer Warren, a longtime executive who spent time at Canadian Imperial Bank of Commerce (CIBC), Rogers Communications and Compushare. M&T identified her through a nationwide candidate search.

“We really liked her a lot and I think she’ll fit in extremely well,” Farrell said.

“I’m thrilled to be joining a team with such an impressive track record at this important moment in our history,” Warren added in a statement. “It will not be easy to succeed Bill Farrell, who has achieved so much in his time at Wilmington. But I feel like I begin here with our businesses and opportunities for growth in great shape.”